Rock this! Staying Inspired for Success 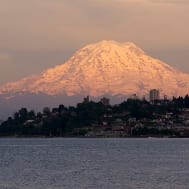 When I was living in Tacoma, Washington, I could always draw inspiration from the site of Mt. Rainier.  The majestic beauty of the mountains is something I dearly miss.  Every region of the country has its own bit of lingo.  One of the phrases I grew accustomed to saying as a local was the “mountain is out.”  Due to the climate, it’s hard to believe it, but there were times when you wouldn’t even know the mountain was there behind the fog and cloud cover.  But when conditions were clear, and the “mountain was out,” her presence was steadfast and true.

Often, the getting started phase is easily inspired – especially at the beginning of a new year.  As time goes on, though, setbacks might happen, your motivation wanes, or you burnout after a large-scale kick-off.  Your true inspiration recedes into the background while the fog of busy-ness or distractions, becomes a layer veiling it from sight.

In the Pilates Pointers to Welcome the New Year blogpost, one tip mentioned was making your own monthly inspirational calendar.  You know that there will always be obstacles that come into your path.  It might be stress, work, or other schedule conflicts, but have you prepared yourself to face the obstacle of yourself?  Old habits, attitudes, or behaviors that might undermine your inspiration to change?

While we were living in the Northwest, my husband and I decided to try something different and took a rock-climbing clinic.  We got so inspired to learn more and get started on our own.  After the presentation, we went up to the instructor, very seriously asking him what we could do to get better at rock-climbing.  Right away, we wanted to know which specific exercises we should do in the gym.  “Well,” he said, smiling kindly at our newbie-ness “honestly, you’ll get better at rock climbing, by doing some rock climbing and bouldering.” 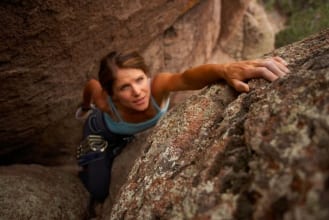 I chuckle now as a more seasoned instructor myself when I think back on this exchange.  Somehow we thought that we’d get better at a brand new skill by pursuing the same old activities we had been doing.  We had to be willing to change our mindset, and step out of our environment to get where we wanted to go.  I suppose it’s one reason I find the term “rock-climbing” a fine metaphor for tackling resolutions or goals.

When you’re up there, clinging to a piece of rock, you are very clear about your motivation – you cannot afford to get too distracted.  You really have to set aside fear and keep moving confidently into the next hold or step.  As of this writing, two rock climbing pros, Kevin Jorgeson, and Tommy Caldwell, are attempting to make history, and complete what is considered the most difficult free climb ever attempted at Yosemite’s El Capitan.

“They’re not thrill seekers, not at all,” Evans said of Caldwell and Jorgeson. “They know what they are doing — they have an objective. They are focused … It has nothing to do with adrenaline, that’s a common misconception.… It’s about the satisfaction of knowing that you, a humble, small human being, can survive ….It’s you against nature, sort of, but you’re not against it. Like one of the old English climbers used to say, ‘Have we conquered the enemy?  None but ourselves.’ ”

While your pursuits might not involve rock-climbing, achieving your goals involves a clear and consistent connection to what is motivating you.  And, it might mean facing off with yourself.

“The fastest way to change your movement is to change what is going on in your mind.”
–Eric Franklin

Oftentimes the self-talk in our heads is far more skilled at being critical, negative and quick to point out failings and weaknesses. These kinds of messages are the fog and clouds, and giving in to them obscures the link to that which inspires you.  These negative messages are the rocks that you must climb!  It can feel unnatural then, to take a different tone with yourself. 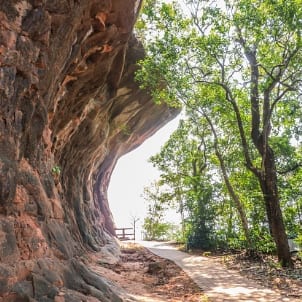 While this can be challenging, it doesn’t have to huge.  The simplest change of thought can start you on your way.  As an example, if your goal is to be able to touch your toes in 6 months, when you’re doing the stretches instead of thinking “Oh my goodness.  I’m just not flexible,” a statement that lays a foundation of defeat; you could send this message: “It feels great to be doing this stretch.  I’m gaining flexibility bit by bit every day,” where you positively acknowledge the growth and development of the path.

And just like with all skills, the more often you are able to catch the negative and change what is going on in your mind, the better chance you’ll have at staying inspired toward your goals.  Practice makes permanent!

Have courage and be daring with yourself this year!

We look forward to inspiring you in class.  See you in the Studio! ☺